Daniel Skermer started his career in 2005 as a receptionists at Hogarths Hotel, Solihull before going onto organise and implement a strategy where he went onto securing a total of 283 wedding bookings across 3 years. Daniel built up a flourishing Conference and Events offering increasing awareness in the local area to Corporates and Business Travel agencies whilst building a sales team and working through 2 large refurbishments projects at the Hotel reporting directly to the Owner and Director.

He started a career working with Thomas Cook as a Representative in 7 different countries achieving the 2nd highest Customer Service scores in the world in his first year before being promoted to Head Rep and eventually a Destination Team Manager looking after a multitude of Hotels on the West Coast of Turkey and managing the in resort sales and customer services team, Daniel and his team were on temporary contracts and was responsible to ensure ALL KPI’s were met to ensure him and his teams contracts were extended and managed to do this continually across his time there.

Daniel came back to the UK in 2014 and secured a Sales and Marketing Managers position at Ardencote Manor, Warwick for 2 years where he succeeded in building their Corporate awareness both locally and nationally managing all areas of sales including a Hotel, Spa destination, 18 hole Golf course and Leisure Club membership, 2 Restaurants, Weddings and Corporate Meetings and Events. During his time there he quickly established the Ardencote Business Network and grew a database of over 3000 local contacts.

During an exhibition with MCOCO (Midlands Consortium of Conference Organisers) he was spotted and headhunted by the then Director of Sales of a brand new Hotel brand to the UK and new opening, Park Regis Birmingham. Daniel was responsible for building relationships and securing business with the Corporate market locally as well as Travel Management providers and venue finding agencies nationally, he then went onto working for the Staywell Hospitality Group representing Park Regis Hotel, launched the NEW Park Regis Serviced Apartments, managed budget brands such as Nite Nite and Holiday Inn Express Birmingham, placed business into a country house property Pelham House, West Sussex, and referred business to Holiday Inn Express, Knowsley.

Daniel established BESAP (Birmingham Extended Stay Apartments Partnership) and Birmingham PA Forum whilst working at Park Regis and went onto WIN Male Networker of the Year at both Midlands Business, Community and Charity Awards and Downton in Business Awards 2017

PA forum has now grown to a network of over 800 PA’s, EA’s VA’s and Office Managers across the West Midlands and established the Coventry & Warwickshire PA Forum and Wolverhampton & Black Country PA Forum

In January 2018 Daniel went on to work as the Resort Sales Manager at Resorts World, Birmingham, a unique destination with multiple Bars & Restaurants ,a Casino, Cinema, shopping experiences, Escape Rooms, Conference and Event facilities and a Hotel all under 1 roof, in his first year he achieved £3 million pounds of proactive enquiries and established a great working relationship with on site and local partners such as NEC group including the ICC and the VOX, Hilton Metropole, Crowne Plaza, the Moxy and Bear Grylls adventure. 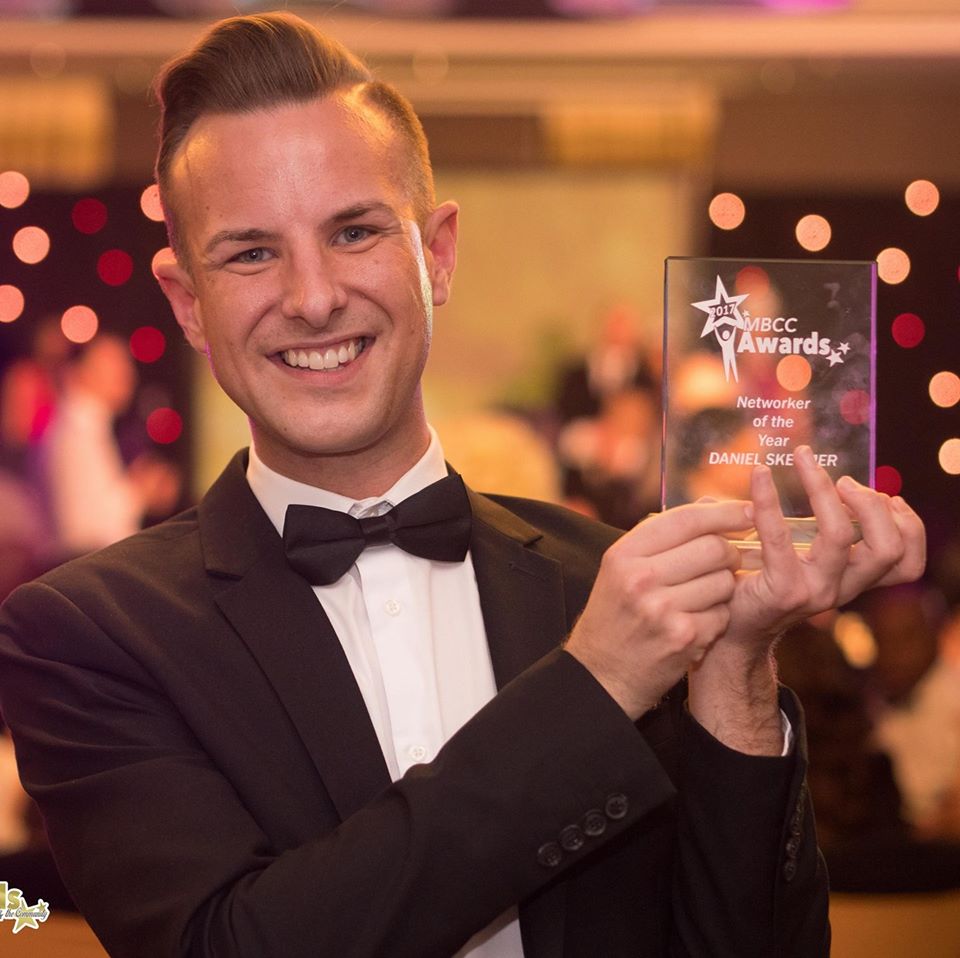